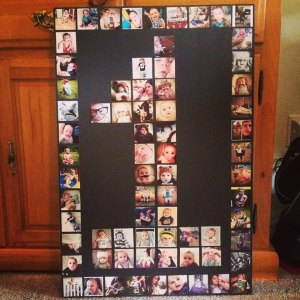 I can’t believe my baby is turning one next month. I know it’s said by mothers all the time but seriously…where has the time gone?! I have loved every stage though and am excited for what is to come 🙂

I have been having a BLAST making things for his birthday party…his FANTASTIC birthday party that is. It is going to be Fantastic Mr. Fox themed, as my husband and I love the movie, and I am SO excited for it to all come together! Of course, this post doesn’t have much to do with the theme, I still wanted to make it as it has to do with my Landon’s first year. All of the pics were taken from Instagram (yeah, and there’s more where that came from too! haha!) and the project was super simple, though a little time consuming–or think of it as meditative 😉

I picked out 72 pictures I loved and went to Picmonkey.com, made a collage of them (with their “ducks in a row” option (which is just two squares next to each other), decreased the space between the two pics to zero, and then printed them as 4x6in’s from Walmart’s machines in the store for about $5 (though it would be even cheaper if you did the 1 hour option and picked them up).

*****VERY IMPORTANT, you have to crop each picture to fit on the 4x6in size otherwise they won’t be squared.*****

I then, cut them all out and placed them on the black foamboard which I bought from the dollar tree, so this project is super duper cheapo, and then glued them on with a plain ol’ glue stick. I started with the borders one at a time so that I knew the spaces would be even. It doesn’t have to be perfect, but you don’t want anything off that’s too noticeable. I also plan on writing some “fun facts” about him in the spaces between. I’ve seen beautiful boards with lots and lots of fun things written, but I have so much other things going around the house that I thought it would be nice to combine the two. 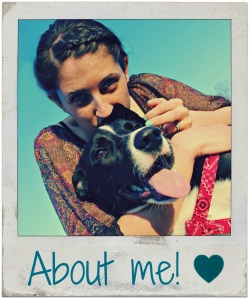